IT'S TIME FOR THE MAD TEA PARTY!!!


Alice followed the rabbit and ended up in a garden.  "Curiouser, and Curiouser" she remarked to herself.
Where can he be off to?  She looked around and he was gone.  "Now, where could he have gone?" She asked herself.  "He seems to be in such a hurry!  I must follow him and find out where he has gone!" She exclaimed.

Alice decided to look some more for the rabbit, for surely he must be somewhere nearby.


Then Alice saw the rabbit up ahead.  She tried calling to him  "Mr. Rabbit! Oh! Mr. Rabbit! Where are you going?"  But the rabbit was in too much of a hurry to take any notice of her.

"Who are you?"  asked the caterpillar.
"Well, I'm not quite sure at the moment.  I seem to have lost myself and I have been following a rabbit who keeps running away from me."   The caterpillar had no answer for her except to tell her to eat one side or the other of the mushroom and maybe it would make her realize she didn't need the rabbit to find out who she was.  Alice decided the caterpillar was of no use to her at all.  She thought she saw a cat off in the distance sitting in a tree.

The cat was huge and had a very big grin on his face.  Alice asked him if he had seen a rabbit.
The cat said "Yes, by the way, I have."
"Which way did he go?" asked Alice.
"Oh, all ways here are the Queen's ways.  It doesn't matter which way you go, you will eventually end up in her garden, and that is where the rabbit is going." Said the Cheshire Cat
"Thank you!" said Alice, who was getting so frustrated at not finding the rabbit.  She stomped her foot and went in the direction of some loud music and ended up at the Mad Tea Party....Finally!!!

"People come and go quite suddenly around here." She said to the Cheshire Cat.
"Yes, they surely do." He replied "And I think you'd better be off to see where the rabbit went off to or you'll miss all of the tea and cake!"
So, up jumped Alice, again, and she ran after the rabbit.  She found herself lost again in a labyrinth of pathways.

Alice saw many of the Queen's ladies who were doing a photo shoot. She couldn't name all of them as there were just too many!


Alice was getting quite tired now, as Wonderland had made her a bit giddy what with all of the running around trying to get from one place to the other.  So she found her way down the garden path and back to her own world.

I am having a giveaway for an Alice in Wonderland Pillow embellished with Wonderland characters.  If you would like a chance at my giveaway here are the rules:
FOR THE GIVEAWAY:
l.   You MUST leave a comment with your EMAIL ADDRESS INCLUDED ON YOUR COMMENT ON THIS MAD TEA PARTY POST, so I can contact you.
2.  I will contact the winner via their EMAIL ADDRESS and I will ALSO post THE WINNER on my blog next Saturday, a week from the Mad Tea Party.
3.  You MUST follow these rules in order to be in the random drawing all others will be disqualified. There will be no exceptions to the rule.
Thank you and I hope you had a very fun time in your journey around Wonderland at the Mad Tea Party.
posted by Teresa
Posted by A Magical Whimsy at 1:19 AM 47 comments:

THE MAD TEA PARTY IS COMING!!!


Posted by A Magical Whimsy at 9:01 PM No comments:

A DAY OF MOURNING FOR COLORADO

Today was a day of mourning around the world for the tragedy which struck innocent victims in a movie theater in Colorado.  Today I reflected on the preciousness of life and how it was taken away from those unsuspecting innocent people.  It is a tragedy which touched the lives of those who lost loved ones, and  touched the lives of all of us.  There is nothing wrong with the world of fantasy, but when a mentally unstable person cannot perceive the real world from the imaginary one is when things go wrong.
May God comfort the hearts of those who lost loved ones and comfort those who were wounded, and bring justice to pass, and may God have mercy on the soul of that unstable young man who committed those horrible crimes against innocent people.

SUMMER IS FLYING BY!

I know just about everyone has been hot and bothered with extreme heat in most of the country;  Strange weather and strange storms causing major power outages and terrible fires in seven mid-western states.  My heart goes out to those who have lost their homes, and also to those who were unable to go to work as no computers work if there is no power.   At least the gasoline prices have come down, for a while, at least. 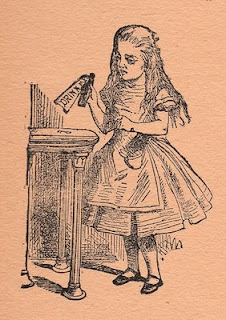 On to more cheerful doings.  I am preparing for Vanessa Valencia's yearly Mad Tea Party.  What to do! What to do!  It is always such a fantastic event going to the various blogs who are participating in the tea party.  Here are some copy-right free Alice themed artwork for your enjoyment!  Until July 28th, do have a wonderful summer!

I guess that just about wraps up these quirky photos in hopes that you will also participate in the Mad Tea Party on July 28th.  See you soon!
Posted by A Magical Whimsy at 10:26 AM 15 comments:

HERE IS THE LINK TO PURCHASE JUDITH'S BOOK.

DOLL IN THE LOOKING GLASS BLOG 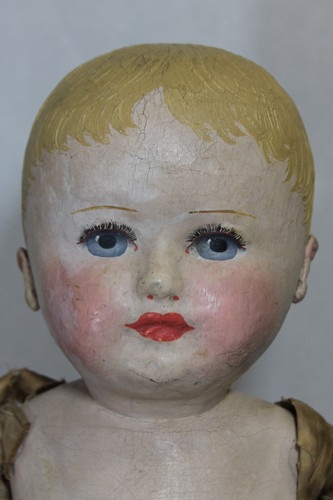 YOU WILL ENJOY THE ORIGINAL, HANDMADE, AND MADE TO ORDER DOLLS ON THE BLOG.

LOVELY DOLLS, MIXED MEDIA, AND SHE IS A WRITER.

Many Encaustic workshops grace the pages of Shari's blog. All are accessible from her header. Also, for an instant Etsy download please go to her right sidebar for her Paper Mache Encaustic 'RAINY DAY DOLL' tutorial

Fall in love with the dolls of Sandy Mastroni...I did!!! Here is a photo of the doll I just purchased from her.

'ROSES ON MY TABLE' NING SITE

PLEASE CLICK ON THIS LINK TO JOIN FOR FREE: 'ROSES ON MY TABLE' NING SITE CREATED BY CRISTINA ZINNIA GALLIHER

CLICK HERE FOR MORE INFORMATION TO TAKE YOUR OWN PDF ARCHETYPAL ASSESSMENT AND FIND OUT WHAT YOUR TYPE IS!!!

MELISSA BOLTONS ARCHETYPE PINTEREST PAGE SHOWING THE 12 ARCHETYPES. TAKE THE ASSESSMENT AND SEE WHAT TYPE YOU ARE.

GO HERE TO PURCHASE THE PROGRAM, AFTER TAKING YOUR OWN FREE ASSESSMENT.HERE'S HOW IT WORKS! DISCOVER YOUR ARCHETYPE HERE!

LOOKING FOR BLOGS WITH COLLAGE' MAKING AS THE THEME? HERE IT IS! JUST CLICK ON THE LINK. THANKS!

A MUST SEE FOR PROFESSIONAL CLOTH AND CLAY DOLL MAKERS

I HAVE BEEN AWARDED THE LIEBSTER AWARD...AWESOME!!!

Author of the 'DRAGON OF CRIPPLE CREEK'

DO IT YOURSELF MINIATURES

READ THE DORMIA TRILOGY...YOUNG ADULT BOOKS AVAILABLE ON AMAZON AND BARNES AND NOBLES 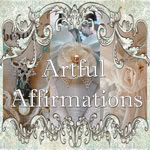 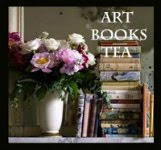 A Magical Whimsy
I am a stay at home mom. I enjoy writing fantasy. I enjoy creating art dolls. My family is the most important aspect of my life. I love Jesus. I do want to mention that the dolly profile photo that I am using is from a doll that I created from JoAnnA Pierotti's Moss Hill Studio Blog.

A BLOG ABOUT ALICE IN WONDER- LAND 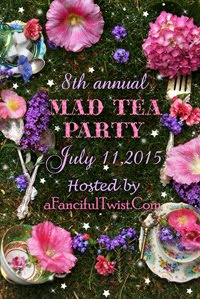 'BECOMING THE UNFOLDING OF YOU'

'THE DRAGON OF CRIPPLE CREEK'

DOLL MAKING AT ITS BEST

Visit Rhissanna's blog of doll delights and other goodies!

Buy Handmade on Etsy and all handmade craft sites